The Power of Habit: Why We Do What We Do in Life and Business

NEW YORK TIMES BESTSELLER • This instant classic explores how we can change our lives by changing our habits. NAMED ONE OF THE BEST BOOKS OF THE YEAR BY The Wall Street Journal • Financial Times In The Power of Habit, award-winning business reporter Charles Duhigg takes us to the thrilling edge of scientific discoveries that explain

NEW YORK TIMES BESTSELLER • This instant classic explores how we can change our lives by changing our habits.

In The Power of Habit, award-winning business reporter Charles Duhigg takes us to the thrilling edge of scientific discoveries that explain why habits exist and how they can be changed. Distilling vast amounts of information into engrossing narratives that take us from the boardrooms of Procter & Gamble to the sidelines of the NFL to the front lines of the civil rights movement, Duhigg presents a whole new understanding of human nature and its potential. At its core, The Power of Habit contains an exhilarating argument: The key to exercising regularly, losing weight, being more productive, and achieving success is understanding how habits work. As Duhigg shows, by harnessing this new science, we can transform our businesses, our communities, and our lives.

With a new Afterword by the author

“Few [books] become essential manuals for business and living. The Power of Habit is an exception. Charles Duhigg not only explains how habits are formed but how to kick bad ones and hang on to the good.”—Financial Times

“A flat-out great read.”—David Allen, bestselling author of Getting Things Done: The Art of Stress-Free Productivity

“You’ll never look at yourself, your organization, or your world quite the same way.”—Daniel H. Pink, bestselling author of Drive and A Whole New Mind 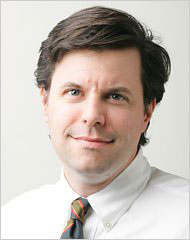 Q. What sparked your interest in habits?

A. I first became interested in the science of habits eight years ago, as a newspaper reporter in Baghdad, when I heard about an army major conducting an experiment in a small town named Kufa. The major had analyzed videotapes of riots and had found that violence was often preceded by a crowd of Iraqis gathering in a plaza and, over the course of hours, growing in size. Food vendors would show up, as well as spectators. Then, someone would throw a rock or a bottle.

When the major met with Kufa’s mayor, he made an odd request: Could they keep food vendors out of the plazas? Sure, the mayor said. A few weeks later, a small crowd gathered near the Great Mosque of Kufa. It grew in size. Some people started chanting angry slogans. At dusk, the crowd started getting restless and hungry. People looked for the kebab sellers normally filling the plaza, but there were none to be found. The spectators left. The chanters became dispirited. By 8 p.m., everyone was gone.

I asked the major how he had figured out that removing food vendors would change peoples’ behavior.

The U.S. military, he told me, is one of the biggest habit-formation experiments in history. “Understanding habits is the most important thing I’ve learned in the army,” he said. By the time I got back to the U.S., I was hooked on the topic.

Q. How have your own habits changed as a result of writing this book?

A. Since starting work on this book, I’ve lost about 30 pounds, I run every other morning (I’m training for the NY Marathon later this year), and I’m much more productive. And the reason why is because I’ve learned to diagnose my habits, and how to change them.

Take, for instance, a bad habit I had of eating a cookie every afternoon. By learning how to analyze my habit, I figured out that the reason I walked to the cafeteria each day wasn’t because I was craving a chocolate chip cookie. It was because I was craving socialization, the company of talking to my colleagues while munching. That was the habit’s real reward. And the cue for my behavior – the trigger that caused me to automatically stand up and wander to the cafeteria, was a certain time of day.

So, I reconstructed the habit: now, at about 3:30 each day, I absentmindedly stand up from my desk, look around for someone to talk with, and then gossip for about 10 minutes. I don’t even think about it at this point. It’s automatic. It’s a habit. I haven’t had a cookie in six months.

Q. What was the most surprising use of habits that you uncovered?

A. The most surprising thing I’ve learned is how companies use the science of habit formation to study – and influence – what we buy.

Take, for example, Target, the giant retailer. Target collects all kinds of data on every shopper it can, including whether you’re married and have kids, which part of town you live in, how much money you earn, if you’ve moved recently, the websites you visit. And with that information, it tries to diagnose each consumer’s unique, individual habits.

Why? Because Target knows that there are these certain moments when our habits become flexible. When we buy a new house, for instance, or get married or have a baby, our shopping habits are in flux. A well-timed coupon or advertisement can convince us to buy in a whole new way. But figuring out when someone is buying a house or getting married or having a baby is tough. And if you send the advertisement after the wedding or the baby arrives, it’s usually too late.

So Target studies our habits to see if they can predict major life events. And the company is very, very successful. Oftentimes, they know what is going on in someone’s life better than that person’s parents.

More Reading For You

The Untethered Soul: The Journey Beyond Yourself

(24214)
35% Off $18.95 $12.23 (as of June 27, 2022 12:04 GMT -08:00 - More infoProduct prices and availability are accurate as of the date/time indicated and are subject to change. Any price and availability information displayed on [relevant Amazon Site(s), as applicable] at the time of purchase will apply to the purchase of this product.)
Buy Now
Divided into five parts, the book offers a frank and friendly discussion of consciousness and how we can develop it. In part one, he examines the notion of self and the inner dialogue that all of us live with. Part two examines the experience of ener... read more

The Power of One More: The Ultimate Guide to Happiness and Success

Meant to Be: A Novel

(183)
$1.99 (as of June 27, 2022 11:33 GMT -08:00 - More infoProduct prices and availability are accurate as of the date/time indicated and are subject to change. Any price and availability information displayed on [relevant Amazon Site(s), as applicable] at the time of purchase will apply to the purchase of this product.)
Buy Now

I Really Wanted to Like It… I really wanted to like this book…But what I wanted more than that were clear and concrete tactics or strategies to “hack” my habits…Strategies and tactics that were groundbreaking, clear, repeatable, and effectively “life changing”…Nope. Not so much.I grade content quality by number of under-linings, margin notes, and folded pages I’ve set at the end of the read…It scored extremely low in all of those…

A Janus-faced text, with very different halves Two halves coexist within this bookâs covers. One is outstanding; the other is a bit sloppy. Part one is the heart of the book; it explains what habits are about, where they come from, how theyâre hard-wired into our brains, and how they can be enormously powerful âboth to enslave us and to free us if we only we learn how to handle them well (the bookâs mission). I found this part of the book to be truly outstanding: well-researched, engagingly written and extremely persuasive. It combines…

Typical pop-psychology bloviating. I was looking for something more substantial, but this very much a run of the mill, formulaic pop-psychology book. Buying it is not necessary. Essentially the book says “when you are triggered to do a bad habit, recognize that trigger and do a good habit in its place.” There; you just read the book.

The owner of this website is a participant in the Amazon Services LLC Associates Program, an affiliate advertising program designed to provide a means for sites to earn advertising fees by advertising and linking to Amazon properties including, but not limited to, amazon.com, endless.com, myhabit.com, smallparts.com, or amazonwireless.com.